Conservationists are not pleased with the thoughtless interference in Kamal pokhari . Personally speaking, it’s not the wise use of wetlands. No one in their right conscience would do or allow something like that to happen. However, Kathmandu Metropolitan City planning commission officials state that they are restoring the centuries-old pond as a recreation centre with artificial lotus and tiny ponds at four corners and a fountain at the centre. This kind of human interference can alter the hydroperiod and temporal dynamics. The differences in water level fluctuation can be hostile to many species across the wetland. Similarly, the layering of complex systems driven by social, eco‐hydrological, and biogeochemical processes are overlooked. Do the legislative bodies even have any idea of what they are doing? They have overdone almost everything from the hegemonic orthodoxy to overexploiting these fragile ecosystems.

I first visited their office in August 2019, and looked at their plans. Since then I suspected their architectural ideas and design sense. They had no understanding of the art and science of urban planning. Reservations were raised as I questioned the ecological ethics and linear thinking exhibited by the so-called architects. I met hurdles in various instances while trying to innovate the approach and synthesis partnerships to orientate a long‐term vision. The concerned parties need to liaise and engage more pro‐actively with an inter-disciplinary field constituting ecologists, hydrologists, agronomists and landscape architects, restoration designers. There needs to be a sea change in thinking and doing. The current state of kamalpokhari echoes the absence of all these. And their confidence in their lack of knowledge is truly disparaging.

A subtle design should reflect the characteristics of a site, as well as initiate a polyvalent functionality of the wetland system. It must regulate and magnify the ecosystem with the means to reorient itself according to its own natural laws. I laughed at their idea of artificial lotus to be cemented which doesn’t characterize the natural pond. It is soulless plus the structures contradict the site characteristics and the reflective connections. It will also cause stress to the existing bird habitat. Valley in the past has been an important migration stop-over point for birds.

According to the report published by Friends of the Bagmati (FoB)- Among 416 bird species recorded from Kathmandu Valley, 90 are wetland bird species. There is no sighting of almost 40% of the wetland bird species formerly recorded bird abundance and species richness. The large percentages of 64% of wetland birds at risk (29 species) are considered critically threatened and endangered. Pinkheaded duck and Imperial or White-bellied heron are the resident wetland birds that have become extinct from Nepal since the last century.

These artificialities can impair the biology of habitat and the immune system of aquatic plants with purification capacities. It further disrupts the life cycle of amphibious species (invertebrates or vertebrates). Some species need a muddy substrate for oviposition and pupation. It will also affect the emergence of dragonflies. All of these factors lead to landscape fragmentation and pond isolation threatening the biotic assemblages and Meta-populations.

The city authorities have been approaching the pond as a mere development project to pacify the locals, say experts and researchers. According to the Kathmandu Post , Some locals also believe that since Kamal Pokhari does not have a historical, archaeological value like Rani Pokhari, thus making it a recreational park is not an issue. On the contrary, Sudarshan Raj Tiwari, a conservation architect and former dean of the Institute of Engineering says – Kamal Pokhari could be older than Rani Pokhari going back to the Licchavi era. It is not a question of whether it has historical /cultural value or not. Through the ages, wetlands have been the lifeline of most cities. How people in the past interacted with the wetland for several purposes provides an outlook towards the groundwork, adaptation, and efficacy of wetlands within sociocultural structures and nature. There is a substantial body of evidence that wetlands contribute to socio-ecological equilibrium. In this context reminding the community about the wide spectrum of “Simsar” wetland is crucial. If culture reflects a moral system what are the rubrics and ethical codes found in our own cultural practices? Understanding the multimodal portrayals of myth is crucial to cultural identity because it shapes collective imaginaries, human spirit, and lend meaning to the evolution of society.

We must stop this absurdity and provide revised methodologies to ensure future compatibility and transparency. Such decisions are usually limited to administrative boundaries for personal gain thru political clientelism, crony capitalism, etc. These corrupt practices prevail in most development schemas and associated departments undermining critical subjects like wetland restoration efforts.

The mayor alone cannot improve the Institutional deficiencies. On top of that, he couldn’t recognize the weight of the problems nor form a team with caliber to streamline the urban environment. How can we bring about the veto and make investments into protecting our environment and sustainability while embedding its value in the psyche of city authorities and the citizens alike? Kamal Pokhari, which has lost its significant area hitherto encroachment, shows that we have failed to be a steward for the environment. Yet a serendipitous by‐product of this crisis has brought us together so that we can organize to reverse wetland decline. Now the question is what are our increasing roles in times of such crisis. The statistics can’t stir minds, emotions, and spirits in the same way the stories can. So we must re-write the narratives and tell our stories of resistance, hope, the warning of ecocide, and what the future holds. 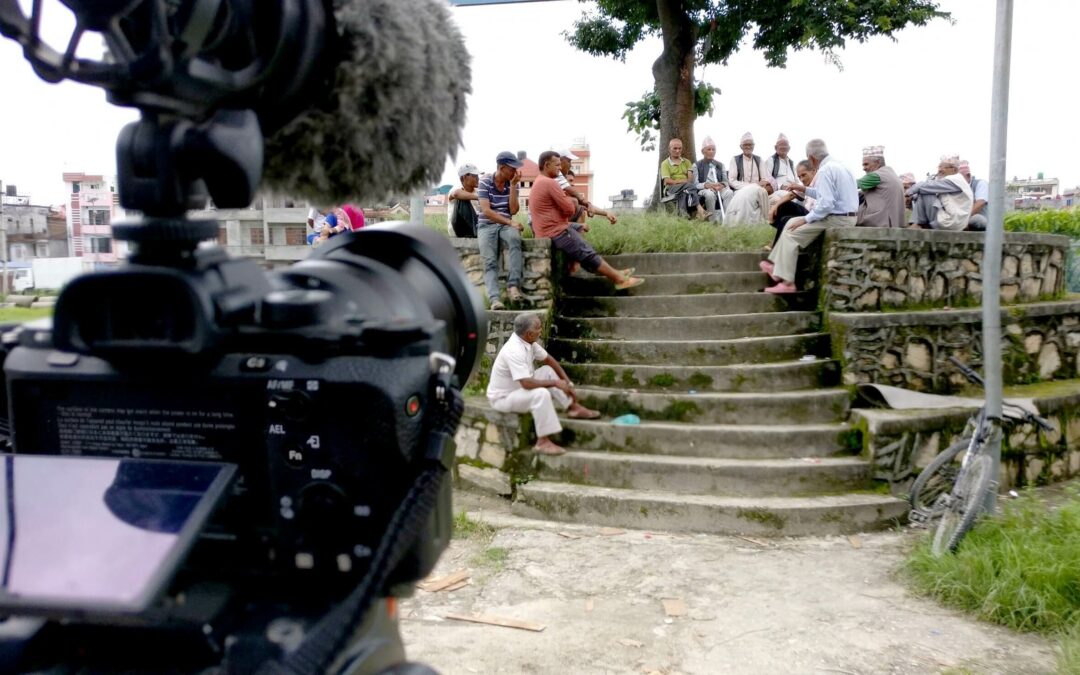 Three years ago, I did tree plantations, involving communities with the idea of social sculpture. It was conceived after I stumbled upon a group of elderly people singing devotional songs beneath a tree. I joined them and listened to their conversation that ranged...