“Nature” in broad meaning commonly refers to all the natural things on the Earth such as plants, animals, landscapes, etc. that are usually far away from human settlement areas. Whereas “Urban City” generally symbolizes a myriad of buildings, houses, roads, dense population, vehicles, amenities, entertainment, etc. Shortly, nature is often considered to be far away from the urban environment. However, in reality, nature is all around our city, being destroyed by the continuing urbanization and human encroachment.

It is known that the progressing population is adding on more people increasing the demand for more houses, infrastructures and hence intensifying urbanization. As a result, today there are more buildings and houses in the city rather than the trees and open spaces. Now it is time to question ourselves, is there any room left for nature?

Meanwhile, talking about the city where we are living, Kathmandu, is the most populated city in our country and still, the population is rising. This has pressurized the existing natural environment to degrade and lose its value. I guess many of us have encountered differences in the change of our environment the urbanization has caused. Either had heard from our parents/grandparents or had experienced in childhood, the open areas where we used to play or hang out with all neighboring families for relaxation no longer exist. Nowadays, having no open places to play around, children are confined to one corner of the room using gadgets.

In today’s hectic city life, we have realized how much we need nature. Cities are becoming denser and this is growing the threat to not only our health but also biodiversity that exists in the urban. We can see numerous huge tall buildings, houses, ongoing developmental projects, construction sites, etc. have invaded most of our areas of the city. Houses and buildings seem to have scattered all over the place leaving no free spaces for nature to thrive. However, there are still some open spaces left in our city that are often considered as “bare” or “useless”. They are still functioning and have the potential to sustain species of wide variations if managed well and conserved. This signifies that we have the opportunity to utilize these open spaces to enhance the health of our city.

Urban open space management, urban planning, architecture, gardening, and urban forestry have become the topic of importance in today’s date to bring back nature in the city. It has become of the utmost importance to keep the urban open spaces accessible and ecologically functioning as well as to create urban forests and management for improving the condition of the urban environment. The urban open spaces are shrinking and it has been difficult to increase the no. of open spaces. Although we can still preserve the remaining open areas and recreate them into gardens and parks.

Open spaces are the lungs of our city. We need open spaces to breathe fresh air and relax. Such open spaces also help to enhance nature in our city and nature in urban areas can make our city look greener and more alive. It supports our health and mental wellbeing as well. Plantation of more trees along the roadsides and in the city helps to ameliorate urban pollution and provide us with fresh air. During summer, it also helps control the temperature of the city. It can also help to provide a dwelling for birds and animals which have lost their habitat due to urbanization. It also lessens the recreational pressure on exurban wilderness and agricultural sites.

Therefore, establishing nature in the city through the preservation of existing natural sites and the restoration of urban open spaces for the creation of ecological parks or gardens is very important in today’s context. Thus, with the collective effort of the community and government, we are aiming to create more green spaces in our city. Urban space management will not only help to conserve the remnant heritage sites and but also protect native biodiversity. We need to know that the sustainability of the city and the health of the surrounding can be guaranteed only through urban nature. 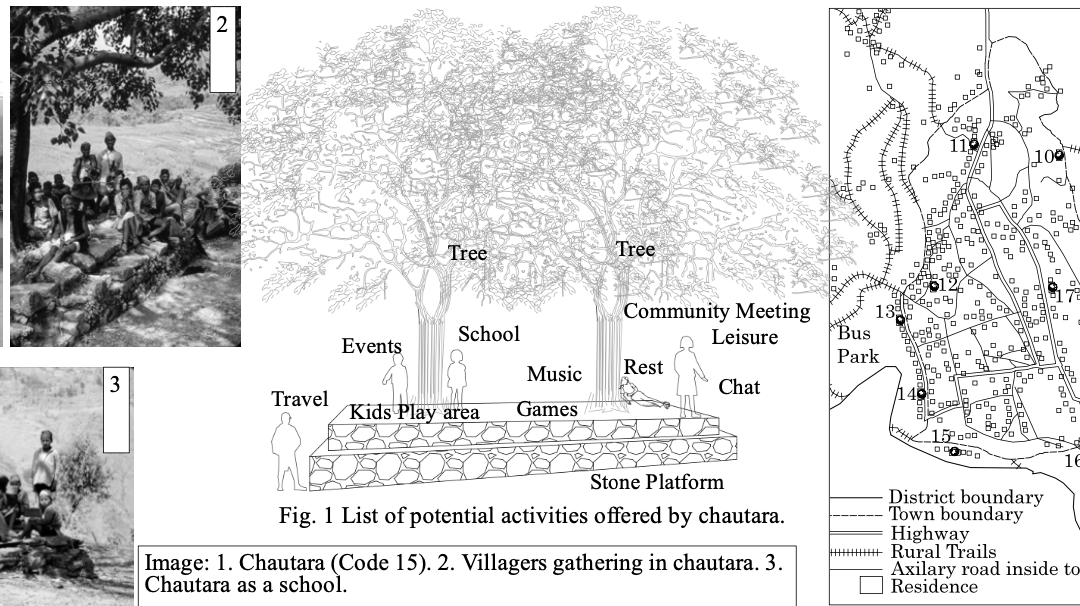